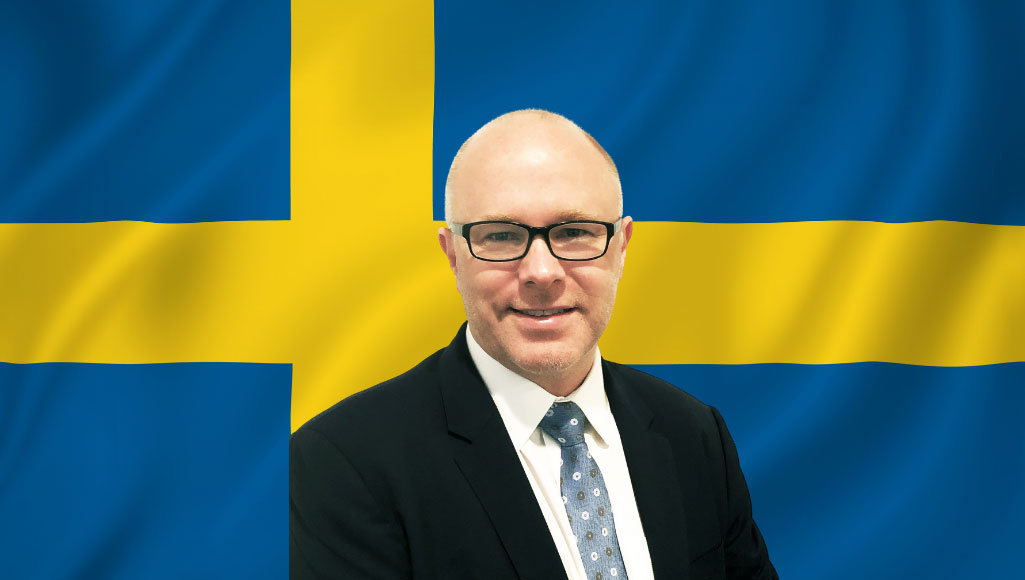 Maritime healthcare solutions provider VIKAND announces the naming of its CEO, Peter Hult, as the newly appointed Honorary Consul of Sweden to the State of Florida.

Collaborative by design, the Honorary Consul—a post appointed by the Swedish Foreign Minister—provides assistance to Swedes in Florida and to foreign nationals pursuing interests in Sweden. The Consulate supports cultural and business activities to promote Sweden and information regarding the Swedish Migration Agency, residence permits, visas, educational programs and tourist information including travel notices, updated travel information, and passport services

“Being named to such an honored role for the Swedish Consulate in Florida reflects the wonderful path our lives take,” says Hult. “Sweden is in my blood. To be able to help my fellows navigate coming to America and to assist those who wish to visit, study, and live in Sweden is a privilege. As a lifelong mariner, it’s also notable as many Swedes are known throughout the world as skilled seafarers with vital positions at sea and ashore in commercial shipping, the cruise industry, and yachting.”

Peter lives in Florida and travels the globe focusing on the totality of seafarer sustainability. He co-founded VIKAND in 2009. Its slogan, “We can because we care” comes directly from the Swedish, Vi Kan. The addition of the “D” in the brand indicates the sense of urgency as fulfilled by the company—on demand.

A champion of international commerce, Peter co-founded and served as the first President of the Swedish American Chamber of Commerce in Fort Lauderdale and West Palm Beach which subsequently merged with SACC-Miami to form SACC-Florida.

His passion for people led Peter to co-found and serve as the inaugural Vice Chairman of the Marine Industry Cares Foundation and as a Board Member of Kids in Distress, Broward County, Florida.

The offices of the Consulate of Sweden, Honorary Consul of Sweden to the State of Florida are now located at 4101 Ravenswood Road, Suite 402-403, Dania Beach, Florida 33312 USA, providing easy access to the Fort Lauderdale International Airport and Port Everglades, one of the busiest cruise, yacht, and cargo ports in the world.

Under Peter Hult’s direction, the Consulate of Sweden to the State of Florida will continue to support the great work of Swedish organizations such as SWEA (Swedish Women’s’ Educational Association), the Swedish Church in Florida, The Swedish School in Fort Lauderdale, SACC-Florida, and all other groups, societies, institutions, clubs, and concerns that sustain and expand the Swedish community.

VIKAND provides global public health and medical solutions to the international commercial maritime, cruise and offshore industries. We have a team of dedicated physicians, paramedics and nurses who can provide remote or onboard medical assistance 24/7.

Our services also include the provision and maintenance of onboard medical equipment and the management of a fleet’s medical facilities, including the initiation of crew wellness programs involving regular individual health checks and risk assessments as well as chronic condition support monitoring and mental health counselling. We also run online maritime training courses through VIKAND’s Maritime School of Medical and Public Health.

Our experience extends to comprehensive knowledge of all regulatory, legislative and procedural requirements for client compliance, and we are used to engaging and collaborating with regulators and local jurisdictions.

We also work with our clients to produce tailored public health procedures and protocols with ongoing staff training to maintain best in class hygiene and sanitation standards. This includes understanding and devising protocols to minimise infectious disease transmission such as COVID-19.